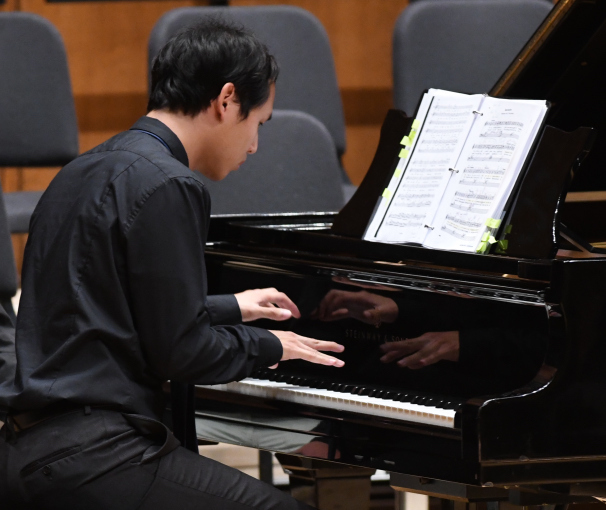 Jonathan Liu is a collaborative pianist based in Berkeley, California specializing in vocal accompaniment. As an undergraduate at the California Institute of Technology, he performed in numerous chamber music groups under the tutelage of Robert Ward and Delores Bing, as well as in the Caltech Jazz Band led by Bill Bing and Barb Catlin. He was the winner of the 2015 Caltech-Occidental Symphony Concerto Competition, performing Ravel’s Piano Concerto in G Major with conductor Allen Gross.

Since moving to Berkeley, he has regularly accompanied solo and ensemble performances, most recently with the UC Berkeley University Chorus, the UC Berkeley Summer Chorus, the 2018 Mozart Mashup opera show, and the UC Berkeley Noon Concert series. Past and current collaborators include vocalists Alyssa Kim, Zachary Manlapid, Weslee Glenn, and Gabrielle Lochard. He is currently the accompanist for the UC Berkeley Chamber Chorus.

In addition to playing piano, he is also an experienced choral baritone, having sung with the Munich International Choir, the Bay Area Classical Harmonies, and the Berkeley City Symphony. As a singer, he has worked with conductors including Magen Solomon, Marika Kuzma, Ken-David Masur, and Christian Reif. He currently sings with the UC Berkeley Chamber Chorus, under the direction of Wei Cheng, and studies with Christine Brandes.